Ubisoft has announced that the Rainbow Six: Siege UK Ireland Nationals (UKIN) will in fact be back this summer. Known as the Summer season, this event will start on June 29 and will run until August 29, and will see teams competing for a spot in the 2021 Challenger League, which itself will offer a spot to play in the 2022 European League.

As mentioned above, the Summer season will begin on June 29, with the group stages running until July 27. Games will take place on Tuesday and Thursday evenings, and will consist of a total of seven playdays. The top two teams from the groups will automatically qualify to the UKIN finals weekend on August 28-29, with the third through sixth placed teams looking to instead participate in a playoffs bracket on July 29, to earn the final two spots in the August finals.

"We are delighted to be back for our second UK Ireland Nationals season this year", said Will Attwood, Esports Marketing Manager at Ubisoft UK. "With £25,000 in prize money up for grabs alongside the coveted Challenger League qualification spot, there is all to play for between the best eight teams from the UK and Ireland. We can't wait to see how it all pans out." 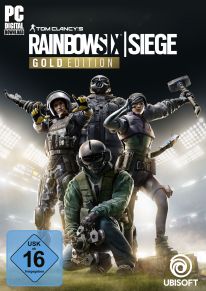